The back end of 2020 brought with it a steady stream of intriguing and potentially positive news relating to drugs policy around the world and in particular cannabis decriminalisation.

In late November Mexico’s Senate approved, by a landslide, a bill setting in motion a process paving the way for the Central American country to become only the third nation to legalise marijuana for recreational use.

The experiment, if followed through, will be interesting not only because it would create the world’s largest legitimate market for the drug. The changes have been driven by Mexico’s courts, in a state with a major history of organised crime – which sits on the border of the United States.

Liberalisation of cannabis laws in the US – historically the main consumer of its southern neighbour’s drugs – has been an important recent factor that may make Mexico’s decision less momentous, given its reduced impact on crime cartels.

That process too has been continuing apace, with the US House of Representatives passing a bill in December to decriminalise cannabis at federal level for the first time. Already, one-third of citizens live in a state where adults are empowered to legally partake, with polling suggesting that double that proportion – including about half of Republicans – are in favour of such moves.

The same week, the United Nations voted to strike cannabis from a global list categorising the most harmful substances.

That means cannabis plants and resin have been removed from a group of drugs containing cocaine, heroin, OxyContin and fentanyl. The vote came in the wake of a 2019 recommendation by the World Health Organisation advocating for fewer regulatory barriers towards research and development around medical uses for marijuana.

The impact of the UN’s decision remains to be seen. The vote was very close – 27-25 – and, away from the Americas and Western Europe serious opposition to liberalisation remains.

As the South China Morning Post recently reported, Asian nations are split, with Thailand the only one to have legalised cannabis for medical use. Major powers including Russia, China and Japan also remain opposed.

Back in the USA, severe doubts remain as to whether national legalisation will happen after Donald Trump finally has to turn power over to the Biden administration.

Should Republicans maintain control of the Senate, “piecemeal legislation that boosts medical marijuana research or improves access to banking for the cannabis industry is… the most likely to move in the next Congress”, according to a recent Politico article.

Western economies’ attempts to recover from the battering received at the hands of coronavirus could though provide an interesting wildcard. Some US states that have legalised marijuana have seen considerable boosts to their coffers – albeit in some cases smaller than projected beforehand.

While the financial benefits of regulating a previously illicit trade are uncertain, they could potentially target some of the sectors worst-hit by the pandemic.

“In the hospitality industry, it opens the possibility of cannabis cafes,” Martin Drury, CEO of the Health Policy Action NGO, recently told ITV for an article assessing whether the UK government might push for cannabis decriminalisation to assist its recovery. “There’s business opportunities everywhere, which are being denied.”

It’s too early to predict whether any of the major economies will move so boldly. But with attitudes shifting in favour of liberalisation in many places as the world seeks to turn the page on a year of unprecedented turbulence, we can look forward to some interesting developments around cannabis decriminalisation in 2021. 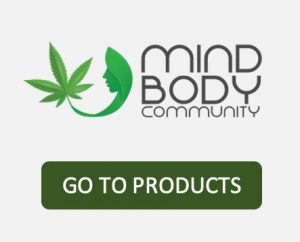